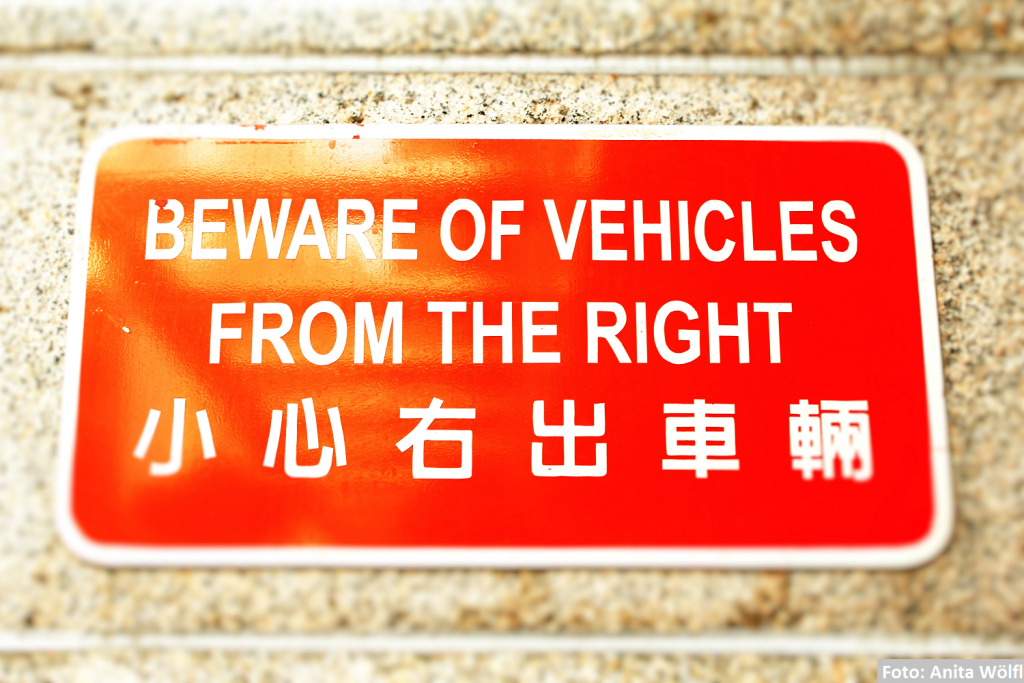 Does this ring a bell: Originally coming from a country with driving on the right I am here in London for sightseeing. The city is amazing and all these exciting things are overwhelming. But just when I want to set my foot on the street to cross over, I read there written on the floor: „Look right“.

I hesitate. At first, I feel treated like a child, whom one does not trust to think or act on its own. Still, rather by reflex I actually look to the right and realise that indeed, a car is driving up to me with quite some speed honking. So I quickly set my foot back and wait until the car has passed before crossing the street, relieved that I have just avoided an accident.

Probably a day-to-day situation in London. Yet, it tells a lot about intercultural communication. It suggests that sometimes it may be important to change perspectives, i.e. to look at things from another angle, so as to avoid misunderstandings or, as in our case, accidents. Particularly in an international context, changing perspectives may not only be fruitful. It may be an essential step forward towards effective communication and harmonious relationships.

The situation also suggests, though, that all this appears to be much easier than it is in reality. Because it is natural or normal for us to see things in the same way as we have always been used to. We are used to think and act in particular ways or according to particular habits or rules which, over time, have become widely accepted in our culture as valid, right, self-evident or normal. Several of these rules also make us feel safe, as it is the case in our example.

Yet, we are not aware of these cultural patterns and this renders communication between people from different countries or cultures difficult. Without knowing, we cling so much to our own ways of thinking and acting, our cultural habits and rules that we do not even realise that there are also other ways we could perceive things. Until the moment when we bump into somebody who does not stick to our cultural rules or when we travel to a country where our cultural rules do not apply.

Exactly the same is true for our example: When I was a small child growing up in Germany, where you drive on the right, I was told: “Whenever you want to cross a street, always look first to the left and then to the right!” Today, this sentence has become so much ingrained that I do not even think about it anymore. Totally automatically I look left when I intend crossing a street.

Unfortunately, this automatism does not help me at all in London. Rather the contrary, because there, it may even be dangerous. Hence maybe it isn’t such a bad thing after all when there are signs on the street that remind us to look right. Because even though it is such a small change in perspectives to look first to the right instead of to the left, it may be essential.

I had the idea with the ‘driving left versus right’ when reading the book by Dagmar Krumbier and Friedemann Schulz von Thun (2014), “Interkulturelle Kommunikation: Methoden, Modelle und Beispiele”.

The photo: I found this sign during a trip to Hong Kong some years ago. As with London, Hong Kong is an amazing city and a city where you drive left.